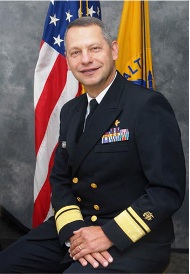 I found myself asking that question a week ago Friday evening, after the fact.

Maybe it was better that I didn’t know that he was sitting there, drumming up a storm, cutting off our rhythm to exclaim “Wellness!” and smiling and having fun.

Let’s do a quick refresher on who the Surgeon General is: Boris Lushniak is the current leading spokesperson on matters of public health in the federal government of the United States, appointed by the president. And after participating in those meetings at the resort (of which the drum circle was a small but memorable part), he now knows the power of music in healthcare.

But I didn’t know that it was HE sitting there, until my buddy Mike told me an hour after it happened. Ha – And boy am I glad I didn’t realize it was he.

Because if the Surgeon General isn’t enough to knock off your boots, imagine facilitating a drum circle with Ben Folds sitting there, too.

I’ve realized that there are two sides of me in situations like these: Professional Kat and Fan Girl Kat.

My friend Draza helped me figure that out when I asked her two weeks ago at a friend’s birthday party, “How do you hold it together when you do healing work on famous people?”

She grinned, kicked her legs up behind her, and said “There is a time and place for the Fan Girl, and sometimes she wants to come out and say ‘I saw you looking at me at your last concert!’ or ‘Can you autograph my drum?’ And the Fan Girl plays over and over in my mind. I see her making cartwheels and hear her squealing, and then, at the same time, I put all my energy into the work in the moment.” Draza went on for a while describing the experience of her work in Malibu with the stars.

I had no idea that she was coaching me for what was to come the next weekend.

I’ve taken an entire week just to process my experience before sharing it here, because. it. blew. my. mind.

When I asked my client what the objectives were, and who would be attending, she said “There will be stakeholders and policy makers participating.” Truth be told, my initial reaction was “I can handle a bunch of boring old suits, loosen them up, help them crack their first smile in a week! Yeah!”

You can imagine my surprise when I walked into the resort and saw Ben Folds chatting it up with Robert Gupta. So, THOSE are “stakeholders and policy makers.” I thought they would be a big group of boring old guys 😉

And what are the chances that less than a WEEK after Ben Folds shared my guitar pick on twitter, he would be standing there at the resort…. The spirits moved me to give him another guitar pick, *just* in case he had lost that other one. #GuitarPickMarketingWorks, no joke.

I had the pleasure of sitting through part of the roundtable discussion, and hearing Meagan Morrow’s story of working with Gabby Giffords. What perfect timing that she happened to be sharing her story with these 45 brilliant minds, when Robert Redford walked in.

He goes by “Bob.” When he picked up the mic to say hello, he insisted that Meagan had much more interesting things to say than himself. He was very impressed with our group, and he had things to take care of. He couldn’t stay for the drum circle.

BUT that’s ok. We had a blast, even without Bob.

My buddy Mike drove up in his Drum Bus, and helped out with all the equipment. He has them in multiple locations. Call him up to see if there’s one in your neighborhood! Check his Drum Bus here:

Our first circle played in the Drum Bus itself. It was a blast. Then the second circle happened outside. Big thank to Meagan Morrow for sharing these pix with me!

Below is a shot of Maegan, Ben, and Alicia.

And of course, they all jammed into the evening over at Bob’s house (Robert Redford’s house, that is)—-

Coming back home from an experience like that, feeling the abundance of support thrown at the arts, I’ve been flying around Cloud 9 for a few days. I’m usually flying around there anyway, but this was just a little more jet fuel to propel my spirits into the atmosphere.

There have been some really interesting discussions about music, arts, healthcare, and job opportunities lately. A lot of people feel hopeless, and a lot of people have given up on the idea of living your dream job.

I’m not claiming to have answers. But there are some things I know, for sure.

In every economic crisis, in every long-term hardship, in every doom & gloom era of history, there have been people who have thrived. Not just survived and barely made it through… THRIVED, prospered, flourished, succeeded. Not just rich, healthy people either. Even people who start with nothing.

What sets those people apart from the rest?

Lord knows, I have opinions on this. But maybe what’s more important than the opinions, ideas, and answer is just remembering to ask the question.

Thanks for reading, and I hope that you can feel the excitement, hope, exhilaration, and pure bliss that have been running through my veins this past week.

This site uses Akismet to reduce spam. Learn how your comment data is processed.

I'm Kat. I believe that wellness is the key to success, and I want to help you be well.

You May Have Seen Kat In…

○ If the US Surgeon General sat in on my drum circle...
○ Would you like a free drumming meditation script?
○ So you wanna be a drum circle facilitator?
○ Love is in the Air! Heartbeat + Affirmations
○ Extra Extra! Music Therapy in the WSJ!
○ Laryngitis and Letters To My Throat
○ 8 Tips For Self Care While Serving a Client
○ 11 Reasons Why Drums Work for Seniors
○ Book Review: Vocal Psychotherapy by Austin
○ 1:1 Drumming with a Child with Special Needs
○ Boomwhackers® Unleashed Party
○ VIDEO: Black Eyes Peas on Boomwhackers

4 Steps To Integrate Essential Oils Into Your Work

Join me August 1st at 4PM Pacific. Recording available. Learn how to use essential oils to amplify your work and attract wellness populations!

REQUIRED ACTION: Check your email and click the link to confirm registration.

By signing up for this FREE webinar, you will also receive my newsletter with 2,500+ of your colleagues. You can always unsubscribe.

It's free. It's fun. It's fantastic =) It's literally the most popular resource I've ever published out in the interwebs! You'll love it.

REQUIRED ACTION: Check your email for the confirmation.

By grabbing this free calculator, you will also receive my newsletter with 2,500+ of your colleagues. You can always unsubscribe.